The Arctic - and some glacier research

We just spent almost two weeks Svalbard, a group of Norwegian islands in the very far north.  We were actually only about 800 miles from the North Pole.  Not only was there no night, but the sun won't go down for any part of the day until the end of August (conversely, in the winter there are almost 4 months of no sun).

We'll be doing some posts about our experiences there, but if you'd like to see our pictures, check out the Svalbard entry (it's the last one) on the Photos page of our blog.

Also, we had dinner with a great group of people on their way to Ny-Ålesund, a remote research station on Svalbard.  I connected with Peggy McNeal, a middle-school science teacher from El Cajon, California, who is part of the PolarTREC organization.  PolarTREC is a program in which K-12 teachers spend 3-6 weeks participating in hands-on field research experiences in the polar regions.

Peggy, via PolarTREC, was connected with the Svalbard REU (Research Experience for Undergraduates) team, a group of scientists and college students doing research on glaciers in Svalbard.

They are now in the middle of their research.  Check out Peggy's blog, they are doing some really cool stuff and having some amazing experiences, including a very close encounter with a polar bear!  (look at her August 1st and August 2nd entries). 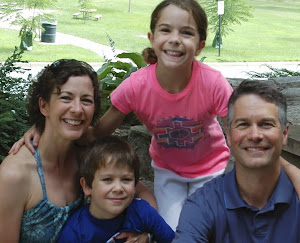